The Last Demon Hunter is Jak's debut book. Began as a horror story in high school, it has undergone many changes to become the masterpiece it is today. Currently Jak is working on the second book in the series, which is currently untitled but promises to delve deeper into the world created in The Last Demon Hunter.

Jak has had a passion for writing all his life, beginning as a child by drawing comic strips and then moving onto writing short stories for his own pleasure. After a few of his peers had read some of his stories and showed interest in them he was encouraged to get published. After some thought Jak decided to develop a world different from the stories and characters he had been working with all his life and create something new. Something small. That idea turned into The Last Demon Hunter, a far cry from the idea he began with. From a short story about a murderer, an epic adventure was born. Jak's one shot story has evolved into the first book of a series. 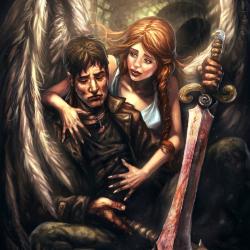